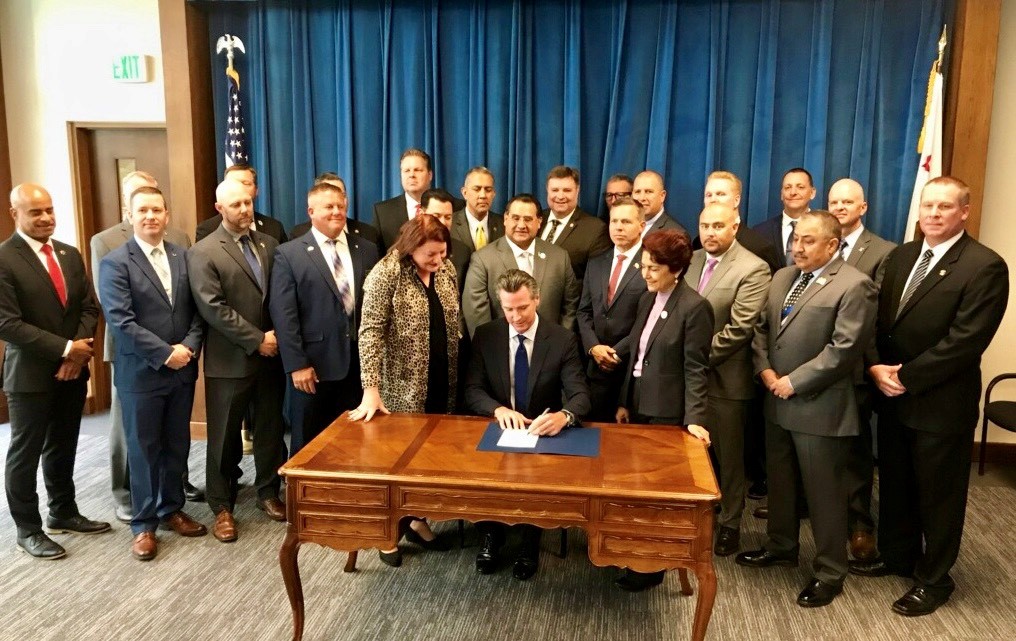 Friday, September 13, 2019 marked the last day of the legislative session in Sacramento. Any bill going to the Governor for signature must pass both houses of the legislature no later than the end of business that day.  Traditionally, this last week of work in Sacramento is the craziest time of the year as there are a flurry of bills trying to get passed in the last hours.
Over the last several weeks, the Governor has already signed several pieces of legislation into law, and you have probably seen news headlines as these bills passed. I did want to take a moment to keep you advised of a few bills that directly impact your profession.
Assembly Bill 392 (AB-392): We have been giving you updates about this legislation for nearly a year. This bill was initially going to raise the standard required for the application of deadly force to a nearly impossible level of “necessary” instead of “reasonable”.   The initial bill would have taken the legal threshold far beyond that set by the US Supreme Court’s ruling in Graham vs. Connor. A lot of work was done by many police groups to get this bill amended. The final version of the bill was signed into law on 8/19/19, and you probably saw many news headlines stating the State of California was the first in the nation to raise the standard to “necessary”. Those headlines were wrong. There were two key parts to this legislation that ensured the Graham vs. Connor ruling remained intact.
There were groups who actively pursued to have the “reasonable officer” language removed from this law. They wanted the “necessary” standard to be determined by 20/20 hindsight after an incident was over, and they wanted it judged by facts that were never even known to the officer. This simply cannot be allowed to happen, and I am happy to report that law enforcement groups, including the LBPOA, were successful in getting this bill amended.
Senate Bill 230 (SB-230): This bill was the law enforcement counter to AB-932. I am proud to report that it was signed into law on 9/12/19. POA Directors Rich Chambers, David Whelan, and Conrad Penn were present in the Governor’s office along with many other law enforcement labor leaders to witness the signing of the law (see photo).

The foundation of this legislation is … if you are going to mandate officers to handle certain types of deadly force incidents, then departments are required to provide the training and the State needs to assist in paying for that training.
Assembly Bill 1117 (AB-1117): For the first time, California has established a law outlining the rules and process for a law enforcement Peer Support Program.   The bill outlines the process by which peer support officers get training, and it provides guidance on when peers are not required to disclose confidential information. The bill also provides that, except for an action for medical malpractice or gross negligence, a peer support team member is not liable for damages.
Tweet